A couple of weeks that has seen game changing events that will affect us all, more pieces are being moved around the global board all edging us towards a War the likes of which humanity has never seen.

The Religion card has been played. The video which has caused such trouble has dubious origins. Created by a convicted fraudster with dubious over dubbing somehow this low budget short film went 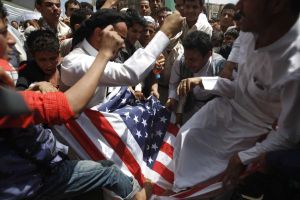 viral. The internet is a blaze with claims that the CIA has had their hands in this mess.

The Muslim world was enraged and took the streets. Things quickly escalated.

18+ different locations saw Muslims venting their anger, it spread from the Middle East to Australia. Washington said it was deploying forces to cope with violence.

Two US marines met their deaths in Afghanistan, insurgents armed with guns and rockets stormed a heavily fortified air base late on Friday.

The US embassy compounds in Egypt and Yemen were also breached in the past week, and on Tuesday the US ambassador to Libya, Chris Stevens and three other Americans were killed when a mob, which have now been tagged with Al-Qaeda brand, torched the consulate in Benghazi.

Police in Sydney fired pepper spray and had running battles trying to contain protesters which were trying to enter the building housing the US consulate. On Saturday Hundreds also demonstrated in Indonesia and the Maldives.

In Egypt at least six protesters died. Tunisia, Lebanon and Sudan saw violence as local police battled to defend American missions from mobs of stone-throwers. The protests continue and will spread. I see people now choosing sides and falling into line with comments calling for nukes to be dropped!!

Al-Qaeda said the deadly attack on the US consulate in Benghazi, Libya was in revenge for the killing of the network’s number two Sheikh Abu Yahya al-Libi, SITE Intelligence Group reported Saturday.

who attack our Prophet,” Al-Qaeda in the Arabian Peninsula said, quoted by the US-based monitoring group.

Symbols of US influence in cities across the Muslim world came under attack — embassies and schools as well as fast food chains — as protesters vented their fury at the low-budget American-made YouTube film, “Innocence of Muslims”.

In Somalia, the Al-Qaeda-linked Shebab militia, which controls large parts of the country called on Muslims to launch revenge attacks on Western targets. Australia became the latest focus of disturbances in a Western styled democratic nation which will be the first of many. Countries like Britain and the US have large Muslim communities which thus far have taken little action.

The attack on Camp Bastion in Helmand province, which continued until Saturday morning, was a major security breach at a base where Britain’s Prince Harry is stationed and has been the target of specific death threats.

This seems to be an attack that will garner support from the British, as we move to policy that will see a conflict that will become region wide. Western forces will move in and try to take control of the Middle East as a whole. These could be the maneuvers that push us into a conflict with Russia and China.

Leon Panetta US Defense Secretary said Washington is preparing its forces and they have made plans to defend against widespread violence. The deployment of Marine counter-terrorism units to Libya and Yemen and its stationing of two destroyers off the North African coast are the first of many units that will be deployed. This massive escalation is pushing the world to a crisis point that could see us in the first global thermonuclear war.

Pentagon was discussing whether to send a third platoon of 50 specially trained Marines to protect the US embassy in Khartoum.

Police in Sydney fired pepper spray to contain protesters trying to enter the building housing the US consulate on Saturday, as Australia became the latest focus of disturbances. This highlights why they have been steadily building police states. The police will morph into a home guard as violence and conflict increase.

US President Barack Obama urged Americans not to be disheartened by images of anti-American violence in the Islamic world, expressing confidence that the ideals of freedom America stands for would ultimately prevail.

“I know the images on our televisions are disturbing,” Obama said in his weekly radio and Internet address. “But let us never forget that for every angry mob, there are millions who yearn for the freedom, and dignity, and hope that our flag represents.”

Obama said his administration was doing everything it could to protect Americans serving abroad.

“We are in contact with governments around the globe, to strengthen our cooperation, and underscore that every nation has a responsibility to help us protect our people,” he said.

This situation is completely under his control. The records show us the links the US have to Al-Qaeda. Over the years billions of dollars have been given to the so called

terrorist. Weapons and military training have been given by Western forces.

If you look back to the days of the Mujahadeen we see such strong ties to the CIA we should be concerned.

We need to question this for two reasons.

One, if the government is still working with this group rebranded to be known as Al-Qaeda they are as responsible as those that pull triggers and burn flags. They should be taken out of office and answer for the actions that have resulted in the deaths of so many.

Two, if they are not in bed with Al-Qaeda then they are failing in the job they have been given by the public. They have not learned the lessons that they should from a conflict in which they supported the Mujahadeen (Al-Qaeda).They did not learn that the Muslims are not interested in the western style of society they want the middle east for themselves and see any other nation coming  their lands as an infidel invasion.

So as this religious storm sweeps the planet many have taken their eye off of the economic ball. This could also be a major factor in the reason why we see this happening now.

QE3 has hit The Federal Reserve said it will expand its holdings of long-term securities with open-ended purchases of $40 billion of mortgage debt a month in a third round of quantitative easing as it seeks to boost growth and reduce unemployment figures which have been manipulated to look a lot less.

The government’s inability to combat this economic depression and skepticism that traditional tools will be effective in solving the problem the coming “depression” will be accompanied by geopolitical upheaval and institutional collapse. 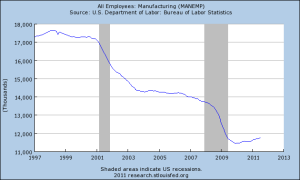 “As the experience of the 1930s testified, a prolonged global downturn can have profound political and geopolitical repercussions. In the U.S. and Europe, the downturn has already inspired unsavory, right-wing populist movements. It could also bring about trade wars and intense competition over natural resources, and the eventual breakdown of important institutions like European Union and the World Trade Organization. Even a shooting war is possible.”

Daniel Knowles of the Telegraph has noticed a similar trend. In a post titled, “This Really Is Beginning To Look Like 1931,” Knowles  put forward the argument  that we could be witnessing the transition from recession to global depression that last occurred two years after the 1929 market collapse, and eight years before Germany invaded Poland, triggering the Second World War:

“The difference today is that so far, the chain reaction of a default has been avoided by bailouts. Countries are not closing down their borders or arming their soldiers – they can agree on some solution, if not a good solution. But the fundamental problem – the spiral downwards caused by confidence crises and ever rising interest rates – is exactly the same now as it was in 1931. And as Italy and Spain come under attack, we are reaching the limit of how much that sticking plaster can heal. Tensions between European countries unseen in decades are emerging.”

It has become abundantly obvious that Europe will soon become unwilling or unable to continue bailing out every country with a debt problem. Meanwhile, the U.S. economy continues to limp on, the false security offered by a collective distaste for one ratings agency and its poor mathematics.

This can’t continue forever. The next few months will show too little and too late, rather than too drastic and too soon. The Eurozone will fall apart. The American political crisis will worsen. Soon enough, we may see world war 3.