At least two are dead the result of a deadly mouse-borne virus at Yosemite National Park in California and there is fear it has spread across the world.

The US Centers for Disease Control and Prevention (CDC)

has issued a health alert after a lung disease caused by the hantavirus pulmonary syndrome killed two American males and sickened four others. Health officials believe that an outbreak spread by mice at Yosemite Park outside of San Francisco is the culprit and that as many as 10,000 people around the world are thought be at risk of developing symptoms, which include headache, fever, muscle aches, shortness of breath and coughing, as well as, in some cases, death.

“I want people to know about this so they take it seriously,” Dr. David Wong tells Reuters. “We’re doing our due diligence to share the information.”

First discovered in 1993, the virus kills around one-third of those infected, taking the lives of nearly 600 Americans in less than two decades. Officials at the park have been taking extra precautions since an infestation of deer mice apt to carry the virus was found in one of Yosemite’s “Signature” tent-style cabins, of which the park has more than 90. Since last week, all of those cabins have been closed to visitors.

In the latest outbreak, the virus is thought to have infected visitors of the park who stayed at Yosemite between June and August of this year, which includes as many as 2,500 persons who reside outside of America. In response, the US Department of Health and Human Services has notified 39 countries, most in the European Union, that their residents may have been exposed.

“If you stayed in the Signature Tent Cabins in Yosemite National Park, USA, since June 2012 have #Hantavirus symptoms, see a doctor,” The World Health Organization tweeted on Wednesday.

Yosemite receives approximately 4 million visitors each year and is now reaching out to travelers that they believe have stayed in their cabins this year.

Since its discovery in 1993, Yosemite has identified two cases of hantavirus in travelers staying at the park.

This is not the first the first outbreak of a disease of this sort in the US. Back in the 1970’s we saw a tick born virus spreading. The virus Lyme’s disease started to spread across the country seemingly from nowhere. The CDC sprang into life and tracked the outbreak back to a location known as Plum island.

1. Lyme disease did not start appearing until the mid-1970s.

2. It’s one of the fastest growing infectious diseases in the US. 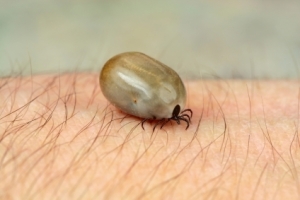 4. Old Lyme, CT is directly across Long Island sound from Plum Island which for years the US government claimed was an entirely benign livestock disease research center.

5. Characteristically, the federal government lied about the fact that biological warfare experiments were conducted on the island for decades. They were forced to give up this charade in 1993 when a Newsday unearthed documents proving otherwise.

6. Extensive experiments were conducted on Plum Island that involved creating diseases and infecting ticks with them- all in the name of protecting America’s livestock.

7. Like many clandestine research programs, Plum Island appears to have had former Nazi scientists in the role of advisors, specifically Dr. Erich Traub, who was in charge of the Third Reich’s virological and bacteriological warfare program in World War II.

If you have trouble believing that the US would employ Nazi war criminals after World War II, do some basic homework. Nazi scientists received a warm welcome in US aerospace and biological and chemical warfare programs. The US also actively recruited Japanese war criminals for this purpose.

Investigating Plum Island we hear reports of equine West Nile Virus (WNV) cases in Suffolk County, Long Island, and, later human cases in Queens, New York. At the same time, August 1999, a Boy Scout camp, also in Suffolk County, Long Island, was closed due to cases of Malaria. In June of 1999, there were reports of a tick borne encephalitis in New England, and a flu-like illness on Block Island.

WHAT IS PLUM ISLAND?

Plum Island, formerly Ft. Terry, is an animal facility comprising various labs. FADDL, or the Foreign Animal Disease Diagnostic Lab is a diagnostic facility that is a full service diagnostic laboratory receiving samples from around the world. PIADC, the Plum Island Animal Disease Center comprises various laboratory facilities and studies exotic diseases of animals. It was designated a biolevel 5 facility, now mandated by Congress which enabled Plum Island to study and research diseases and vaccines for diseases that would not be allowed in the Continental US. The factor allowing for this biolevel 5 designation is its island status.

Plum Island uses biolevel 3 safety measures for biocontainment. Some of the measures include negative pressurization labs and employees taking many showers.

Plum Island has been seeking an upgrade to biolevel 4.

A biolevel 4 facility would entail self-contained respirator suits and pathogens for which there are no known cures or vaccines. This also would enable them to work with zoonotic diseases. A zoontoic disease is a disease that jumps species barrier. In other words, a disease of animals that would also infect humans such as Nipah virus, a new paramyoxivirus that killed 100 people in Malaysia in 1999 and caused the slaughter of thousands of pigs.

Theoretically, Plum Island would be able to work with Ebola and other virulent viruses, bacteria and mycoplasma.

The community around Plum Island is very skeptical of this upgrade as Plum Island had been featured in many news reports over the years for safety violations. In 1994, dead lab birds had been found outside, in open air, in the corridor of the Exotic Disease lab. Plum Island officially denied research with birds, but I have confirmation from a Plum Island worker, that they did, indeed, research birds as vectors of disease.

WHERE IS PLUM ISLAND? 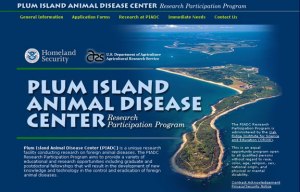 Long Island, and the other at Old Saybrook, Connecticut near Lyme Connecticut. The index case for Lyme disease was isolated in a youth who lived a few miles from the Plum Island ferryboat dock.

Its island status does create some problems as the logistics of delivering animals, especially large animals, via ferryboat can be cumbersome. As far as security, Plum Island has security guards, but only two guards are armed.

WHAT IS NEW AT PLUM ISLAND?

On August 13, 2002, seventy six (76) union workers, members of the International Union of Operating Engineers went out on strike. These workers filled key roles, such as operating the waste-water treatment plant, and, decontamination plant and also served as boat operators and safety technicians. The workers are employed by a government subcontractor, LB&B Associates, based in Columbia, Maryland. There is no precedent for this strike as it is a first-time ever strike against a secure government lab.

A few days into the strike, an “incident” occurred. One of the most important commodities regarding biosafety, water, was in jeopardy.

The island gets its water from a series of wells that feed a central water tower. According to witnesses on the island, part of the pressure being generated was lost. Water is central to many of the activities performed on the island, especially the cleaning. Many activities, such as necropsies had to be stopped during the event.

As there was a question of either incompetence of replacement workers, or, sabotage, the FBI began an investigation. The waste-water treatment plant is not being run by union workers. Other jobs are being done by supervisory personnel. The replacement workers are living on the island, sleeping in cots and working 12 hour shifts. The workers cannot make phone calls. LB&B refused to answer questions about the replacement workers’ security clearances and training.

Representative Rob Simmons of Connecticut was unable to get further details of security clearances, or, training of the replacement workers. After Rep. Simmons learned that the FBI was on Plum Island investigating the incident of drop in water pressure, he requested to visit the island to ascertain conditions. The USDA refused to give Rep. Simmons permission to visit the island.

It is now September 3, 2002, and we still have no information on the cause of drop of water pressure, and no solution of the strike.

I have been able to get some information on former Plum Island projects, one of which includes Tick Project 101. I have also verified that Plum Island, did, indeed work with birds. Birds were studied in regard to vectors of disease outbreaks. We saw that birds have been an efficient vector in the spread cycle of West Nile Virus.

Human contact favors spread of pathogens in the wild

HIV/AIDS. What is it? Where did it come from? Where is it going?

Where does disease come from?

9 thoughts on “Deadly disease planned or not?”