Fukushima has the other four elephant feet!!

The photo above is the closest humanity has ever come to creatingMedusa.
If you were to look at this, you would die instantly. End of story.

The image is of a reactor core lava formation in the basement of theChernobyl nuclear plant. It’s called the Elephant’s Foot and weighs hundreds of tons, but is only a couple meters across.

They had to treat this blob like a real Medusa. The original wheeled camera they sent up to take pictures was destroyed by the radiation. This picture was taken using a mirror set around the corner of the hallway within view of this deadly masterpiece.

Here are some books about Chernobyl. 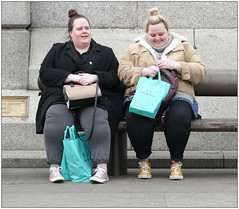