After watching the first episode of “Brad Meltzers decoded” which featured Fort Knox, we were inspired to do some research and look into the idea that the place is empty. 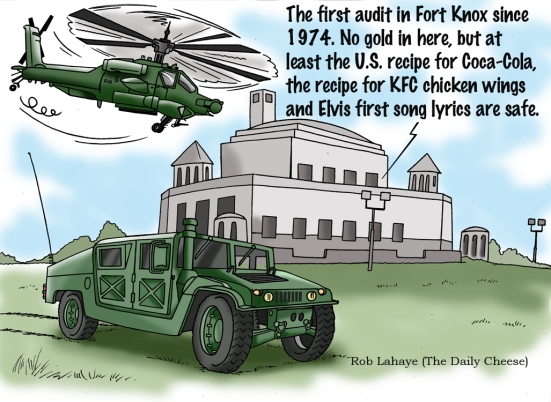 First let us say anyone wishing for a good bit of escapism this is a show that seeds some interesting ideas, check out both series of “Brad Meltzer’s decoded” from Discovery.

So back to Fort Knox, the premise of this episode was that the Fort Knox gold reserve is actually empty and that the government is trying to hide this. 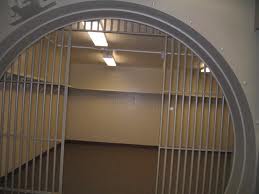 Now this sounds kind of out there but it is not as crazy as it sounds, for obvious reasons 99.9% of people cannot and have not seen or had access to the gold vault at the fort. The last time that anyone checked was back in 1974.

The US treasury estimates that there should be 147.6 million ounces of gold held at Fort Knox. The US government claims ownership of this gold which in its self is controversial because of the way in which all of this gold was acquired.

In 1933, the US government, on order of President Roosevelt, undertook to confiscate most of the gold owned by US citizens and exchange it for paper dollars within two weeks. Safety deposit boxes and vaults were sealed. Subsequently, US citizens were not allowed to own most forms of gold. The paper dollars were soon worth far less than the gold they were traded for. If that action is considered legal, the US government now owns the gold in Fort Knox. The vault was used to hold the treasure beginning in 1937. Before World War II, there were 649.6 million ounces of gold in Fort Knox. The treasury now estimates that only 147.6 million ounces remain. However, the gold has not been inventoried since the 1950’s. Some believe there is far less gold in Fort Knox. In 1971, the US abandoned the last remnants of the gold standard. US dollars are now fiat currency, not backed by gold or any other commodity.

Take a look at the first part of the episode:

Now the fact raised that the gold at the reserve is an integral part of setting the value of the dollar I found very interesting, not for the fact that if it were found to be valued against a lie but the value of this gold in the current markets.

The US and much of the world are suffering through hard times economically, but let’s concentrate on The US economy. Currently the national debt is in excess of $15 trillion this debt has been secured against many things including the gold in the reserve. The estimated value of the gold would be somewhere around $224 Billion. This value and multiples of this value have been borrowed/loaned from other nations using the gold as security, now imagine what would happen “IF” they found out the gold was gone. What would happen to the US economy when the creditors ask for their money back?

This is a secret so big that no one will ever find out the truth, the world is quite literally at stake.

Another important issue, if the gold is gone where  has it gone to?

The program raises the issue that the gold has been used to fund covert actions, well with a nation that is at war and expanding its wars people should be asking what, when and where.

We have all heard stories of the large amounts of money being used when trying to bribe, buy or encourage leaders of foreign nations to fall in line with US policy. Was this the money or gold from the reserve? one can only speculate but it’s an interesting thought.

So I hope everyone enjoys the show, come to your own conclusions please post yours thoughts and ideas. We are always interested in the opinions and thoughts of our readers.

80% Of Gold Does Not Exist! GATAs Chris Powell Tells CNBC Gold is Being Manipulated